The GDP has always been an economic barometer of a country, with it usually falling somewhere in the 2.5 percent. Up until September 15 it was 1.5 percent and has now plunged a full percentage point according to the Atlanta Fed’s real time GDP tracker.

This decline is due to a falling estimate of residential investment following the August housing starts data released by the Census Bureau on Tuesday. The GDP model now has housing taking 1.28 percentage points off GDP and private inventories subtracting 0.58. This is surely do to the fact that housing market is slowing, because of rising interest rates, slow job growth, and inflation that is hitting American households and pocket books. The tracker has consumer spending waning at just under .003 of a percentage point while government spending added 0.34, nonresidential fixed investment adding 0.43, and net exports adding 1.10. This means as people are spending less the government is spending more.

The Atlanta Fed’s GDPNOW model is not a forecast of GDP. Instead, it is a reading of what the most recent data says about GDP. Historically, it has tended to slightly overestimate GDP. That’s particularly troubling now because it means the economy could be close to another quarterly contraction, which would be the third straight contraction. 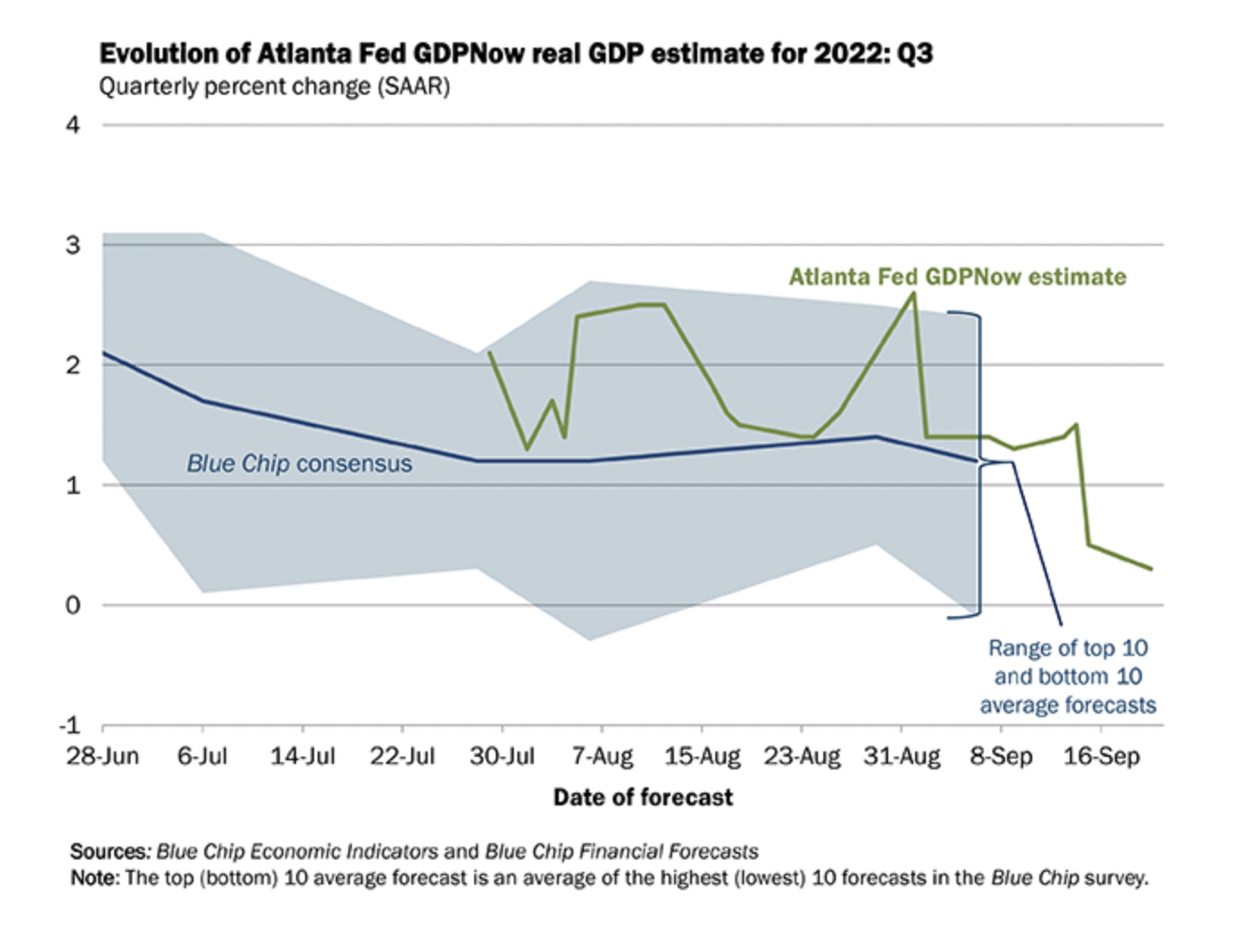 What the Biden Admin said about high gas prices